TRUCE: My solution to end the war between equality and freedom of conscience. 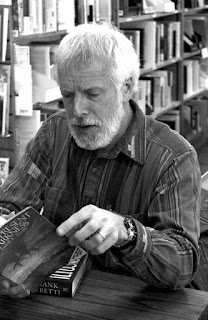 INTRO: My idea to resolve the hostilities between factions is to follow the example of the U.S. military when I lived in Germany. If someone called the military chaplain with an issue, the person wasn't given a cookie-cutter response. The military referred the person to a like-minded lay pastor. I got some of those calls as a representative of my denomination. On a lighter note, someone called me to ask what I would do to change the military hospital's phone extension, which was 666. After pondering this for some time and leafing through my Bible for an answer, the wisest response hit me between the eyes: I looked down to see page 666 in my Bible. Had the inquirer followed up, my answer would be, "Turn in your Bible to page 666. What will you do about that? Tear it out?"

MY SOLUTION TO FREEDOM OF CONSCIENCE: Borrowing from my military experience in Germany, the answer is to set up networks of businesses. If one must decline as a matter of conscience, similar businesses would be most happy to get a referral. By the same token, if, say, a business were owned by Muslims, for example, they could refer a request for a Christian product to a business owned by Christians.

BACKGROUND: The following was passed along by respected Christian author Frank Peretti: views by a lesbian conservative talk-show host.

FRANK'S OPENER: In light of recent legal developments in Washington State and elsewhere, and sharing some deep concerns with my fellow believers about what in the world is heading our way, I thought it timely to post this opinion piece by Tammy Bruce, a talk show host, a conservative, and a lesbian. I greatly appreciated her balanced perspective on all that is coming our way.

As a gay conservative woman, I supported Arizona’s religious freedom bill, which was just vetoed this week by Gov. Jan Brewer. I supported it because it embodied the values every American civil rights movement stood for: the freedom to live our lives without being punished for who we are. In this case, it was a bill making sure people of faith would not be forced to violate their religious beliefs in the event someone demanded they do so.

This bill, like others across the country, was thought necessary because of the emergence of business, large and small, being attacked by the gay left for either espousing Christian values or acting on their Christian faith.

Ranging from a bakery to a photographer, individuals were being sued for refusing to violate their religious beliefs.

Having been a liberal “community organizer” in my past, I immediately recognized the strategy being employed.

This is an effort to condition the public into automatically equating faith with bigotry. To make faith in the public square illegal and dangerous, you need legal cases and publicity.

Voila, lawsuits against small business resting on the notion that acting on genuinely held faith is bigotry per se.

Under these rules, freedom of conscience is squashed under the jackboot of liberals, all in the Orwellian name of “equality and fairness.”

Here we are dealing with not just forcing someone to do something for you, but forcing them in the process to violate a sacrament of their faith as well.

If we are able to coerce someone, via the threat of lawsuit and personal destruction, to provide a service, how is that not slavery?

If we insist that you must violate your faith specifically in that slavish action, how is that not abject tyranny?

Of all the people in the world who should understand the scourge of living under constant threat of losing life, liberty or the ability to make a living because of who you are, it’s gays.

It has been disgusting to watch supposed gay “leadership” drag young gays and lesbians through an indoctrination that insists that in order to have equality, you must force other people to do your will, make them betray who they are, and punish them if they offend you.

Horribly, the gay civil rights movement has morphed into a Gay Gestapo. Its ranks will now do the punishing of those who dare to be different or dissent from the approved leftist dogma.

To all the young gays who tweet and email me that this is about “equality,” how exactly?

In other words, I tell them, not everything is about you.

This reaction to the Arizona bill surprised people, but it shouldn’t have. Keep in mind, the legal targeting of people of faith has been ongoing, with the Obama administration leading the charge.

We see it in the ObamaCare birth control mandate, which is also determined to force people of faith to abandon their belief under legal threat.

The attack on Chick-fil-A because its CEO dared to espouse a faith-based view on gay marriage is another example of the attempt to intimidate people of faith.

That targeting of Chick-fil-A was a massive failure, which is why, I contend, the left shifted its focus to smaller, local businesses that could more easily be intimidated and threatened.

Why would the Gay Gestapo suddenly need to convince everyone that any act of faith must be viewed suspiciously as discrimination and “hate?”

Forcing a bakery, Hobby Lobby, Chick-fil-A or a photographer to either violate their religious beliefs or be destroyed is simply a test run.

The real target is the church and temple. If the left can convince our society to force people of faith to violate their sacraments in the name of “equality,” why would we allow that to stop at the church door?

This is why bills like Arizona’s protecting individual Christians from lawsuits will have to return, because the left has a mission, and this is only the beginning.

It was clear Mrs. Brewer had no choice but to veto the bill, considering the left had completely smeared the state in the process of its media frenzy. Add to that the fact that liberals would like nothing better in this election year than to have this be the discussion in the media instead of ObamaCare and the economy.

Still, it will have to be confronted eventually if we are keep tyranny from eating away at the fabric of our culture.

Ultimately, the Arizona bill had nothing to do with gays and everything to do with protecting the right of individuals to live their lives in ways that may not include others, or may even offend certain groups.

As Americans, we did not go through the growing pains of the civil rights movements only to capitulate to 21st century bullies who have the gall to use the importance of minority rights as a weapon to extinguish those with whom they disagree.

We can have both equality and religious freedom, but only if the bullies on the left are confronted about the truth of their agenda.

Editor's note: This op-ed originally appeared on the WashingtonTimes.com.