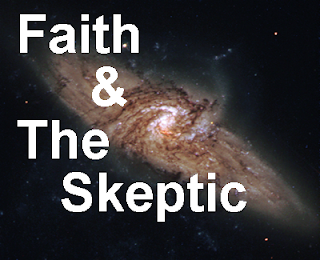 A small number of my family and friends have bought into popular culture and suspended their faith.

Try as I might, their excuses make no sense to me.

Example: relative truth - you are supposed to believe that there are no universal or objective truths. What is truly true is true only to you, regardless of what others accept as true.

The one who taught that expects you to accept what he or she said as objective and universal truth. And try relative truth at the bank or when signing a contract.

Example: one claims to abandon faith in favor of "logic."

In place of faith, they accept an imaginary, powerful, intelligent creator called Chance. Actually, Chance is a powerless, inanimate figment of wishful thinking. Chance never did anything and is incapable of doing anything for you.

Skepticism can be helpful...when it works both ways.

Consider this: ONE STRATEGY TO RULE THEM ALL

P.S. In searching for an image for this post, I found one that said, "Insecurity is noisy. Confidence is silent" - something like that. A friend charges that the reason I write this stuff is insecurity. If confidence remains silent, what does that say of such skeptics as Hitchens and Dawkins? Just wondering.
Posted by Dave Harris at 4:23 AM