Your cherished beliefs - a passing fad? 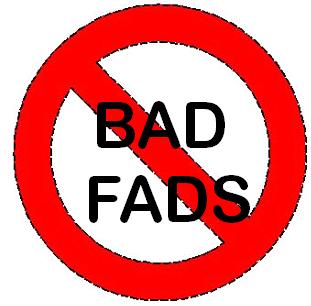 "Paul needs to come back and rewrite the Bible to comply with today's culture."

A young college girl I know said this, horrified as she was taught that the Bible was horribly dated regarding such things as same-sex marriage.

Would you want a god who kept moving the goal post and the rule book?

A skeptical friend suggested that evangelical Christianity "is always changing" with the shifting cultural winds.

Were you the teen I saw in church raising your hands in praise, only later to live as if God doesn't exist - because you wanted a boyfriend so urgently that you discarded your upbringing for more immediate gratification?

Did you sit under learned scholars who know so much better than C.S. Lewis, G.K. Chesterton, Mother Teresa or Jesus Christ? Or for that matter, all the many Christians who founded most of the branches of science, such as Newton or Pascal? Or the one who articulated the Just War, Augustine? Is your professor more brilliant than all of those put together?

You need to answer the question of your own eternal destiny. It's the most important question you will ever face. Will you just try to do your best and take your chances?

The fact of eternity is far, far, far too important to me to leave to guess work.

Another of my skeptical friends said, "This life is all there is. There is no more."

In order to say this with convincing authority, wouldn't he need to have more knowledge than all the people who ever lived?

Let's say that you were the most learned person who ever lived. How much of the universe's historical body of knowledge would you know? Let's say 1 percent. Could what you don't know about God be part of the other 99 percent?

The God and His/my Christ I follow is unique above all religions or philosophies. All the others say you must do good works to earn some kind of higher state.

My Jesus saw that you and I fall short, and so He came to pay the penalty for what I deserve. No other religion or belief does that.

Only 2 beliefs in the history of the universe:
a. Worship of one God.
b. All other "religions" or philosophies: Self-worship

You may not need Jesus. All you have to do to succeed without Him...is to lead a perfect life.

Ever steal a candy bar or a pen?

Then you need Jesus.

That's the beauty. "Every good and perfect gift is from above, coming down from the Father of the heavenly lights, who does not change like shifting shadows." James 1:17

I know a former drunk who resisted God, thinking of all the things he would have to give up.

Finally, feeling empty and purposeless, he gave in and gave up. He invited Jesus into his life.

"I was amazed, NOT by what I had to give up, but by the bountiful and endless blessings I gained."

Morality is not subject to polls, votes or judicial decisions.

Why do you put off giving your life fully to Christ? Why do you pass up "every good and perfect gift"? Please explain it to me. I just don't understand why you'd give up everything for fleeting pleasures.

Fine. If you live a perfect life, you have nothing to worry about.

But if you fall short - as I have - you need a Savior.

A Savior unchanged by whim or fad or cultural mandates.

Someone found in God's Word only three reasons to put off or reject the Savior:

Which of these apply to you?

Talk to me. Or a Christ-follower you trust.

Nothing you have planned for the next century is more important.