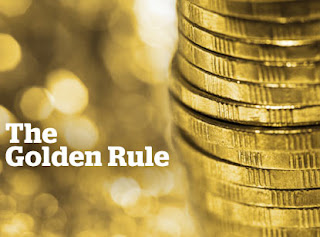 It works two ways. If one side's sole aim is to destroy or silence the other, failure looms, and inspires a backlash. Instead of just saying "no," let's try for a better "yes." To borrow from Os Guinness in The Case for Civility, we must articulate "a clear public philosophy, or a common vision for the public good"...to set out one's own claims "within a framework of what is just and free for everyone else, too." More of what he says:

Justice or Just Us? Second, the Religious Right has consistently exhibited one glaring weakness that is proving its Achilles’ heel and will lead to its final undoing. It has never articulated a clear public philosophy, or a common vision for the public good. It has never set out its own claims within a framework of what is just and free for everyone else, too. As a result, every claim the Religious Right makes and every thrust it exerts into the public sphere appear to those who fear it, or oppose it as “theocratic” and “coercive,” an undue “imposition” of one set of values over the values of others in a pluralistic society. As a journalist remarked to me in the 1980s, “The Religious Right talks of justice, but sounds like ‘just us.’”
There are many roots to this deficiency—ranging from a failure to apply the Golden Rule of Jesus, to a distorted understanding of history, to an inability to make persuasive and accessible arguments in the public square. But the net result is disastrous. The Religious Right has become the best argument for its worst opponents, the most powerful factor in its own rejection, and a prime reason for the repudiation of religion in contemporary America.
Those who appreciate the founders’ position on the importance of faiths for sustainable freedom must not fail to learn the lessons of European experience. Relate church and state wrongly, and the result is lethal for both. But a mere reaction to the wrong relationship, understandable though it is, is no better; and the resulting settlement may well prove deficient for the future of European civilization. Those who strangled the last king with the guts of the last priest may have fatally shortened the life of democracy, too.
America’s wisest and most brilliant solution to the problem of religion and public life, and so European-style reactions have never been America’s problem. With Tocqueville’s “spirit of liberty” and the “spirit of religion” walking hand in hand, the United States has never had significant hostility between particular faiths or significant antipathy toward faith itself—until recently. Religious liberty and diversity have complemented rather than contradicted each other, with religious liberty making diversity more likely and diversity making religious liberty more necessary.
Let there be no misunderstanding. This situation is now changing. Americans cannot rely on the earlier American settlement as if it were part of the American genes and will last forever. With the rise of the culture wars in the last generation, with the extremes on both sides, and with the persistent failure of the Religious Right to address the issue of the common vision for the common good, the earlier settlement has broken down, and the landscape is beginning to change in a way that has incalculable consequences for the future.
There is a dangerous roadside bomb on the path down which the Religious Right is driving recklessly. Reinforced by its lack of a public philosophy as well as by its near-iron-clad links with the Republican Party, the electoral power and the apocalyptic style of the Religious Right are generating the greatest backlash against the Christian faith in American history, especially among educated people—and will continue to do so unless wiser voices and a more generous vision prevail. Tocqueville’s spirit of religion and spirit of liberty are beginning to march in a French direction.
Jerry Falwell liked to say that “fundamentalists are evangelicals with guts.” But any mite of truth in his remark is offset by a mountain of a problem: fundamentalism and the Religious Right now represent the greatest single barrier to Americans appreciating the “good news” that defines what it is to be evangelical and Christian.
The vehemence and viciousness of the attacks on the Christian faith are rising, and the membership of atheist groups (though not the number of atheists) is growing—all as a direct response to the Religious Right. The overall message should be as clear to evangelicals as it is to atheists: “If the Christian Right is what religion means, then more and more educated people do not want to be religious.”
The choice for American evangelicals is blunt. As followers of one who put aside the power and status that was his by right, and emptied himself to become a servant, the principle should be the only argument needed, though the pragmatic incentive is plain. It would be bad enough if evangelicals were to pursue power and gain the world at the risk of losing their souls. But it would be stupid beyond belief to pursue power and gain virtually nothing—in other words, to sell their birthright for a mess of political pottage.
There is more to the pragmatic urgency. Unless evangelicals achieve such a reaffirmation, reformation, and repositioning, the continuing confusion with fundamentalism and the Religious Right will produce the very outcome that they fear. We are already seeing the rise of a European-style reaction to religion in the public square. If it hardens, it will change America for generations and maybe forever; and evangelicals will have no one to blame but themselves.
Posted by Dave Harris at 6:59 AM