"A pox on both your houses"; Demonizing raises $ 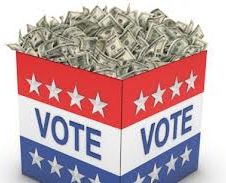 Caustic cultural skirmishes and bulling accomplish nothing, except to recruit and raise funds for the other side. Time to agree to disagree agreeably. More from The Case for Civility's Os Guinness: