Not a victim, and it ain't skivvies unless I say so 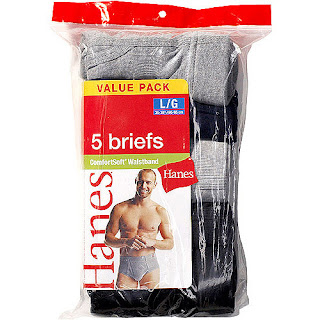 Remember the Hanes underwear commercial? "It's not Hanes unless I say it's Hanes. Good advice: if something is said about me, it's not valid unless I say it's valid. Unless I validate it. Otherwise forget it. Shrug it off.

I am NOT a victim. Have I heard insults, mockery, put-downs? Of course. It's part of life. Too much censorship comes at the expense of loving, well-meaning people simply because one or two individuals' feelings might somehow be hurt, no matter how ill-informed. Most barbs come from people who love me.

If I find my identity in Christ, how can I be offended?

Labeling oneself as a victim has the opposite of the intended effect. So, let's rip up the victim card.

Here's what Os Guinness, a Brit, says in The Case for Civility:

As one who believes that the call of Jesus is to a path of suffering that shuts the door to every form of victim-playing, I am angered by organizers of the Religious Right who play the victim card and appeal openly to Christian resentment. Recently, senators and representatives addressed a conference in Washington, D.C., called “The War on Christians,” with book titles and topics such as “The Criminalization of Christianity.” “Of course, there is a war on Christianity,” the former Republican majority leader in the House declared to a rousing ovation. “You guys are the Jews of the twenty-first century,” a Jewish activist and sympathizer said.


Do they not know that those who portray themselves as victims come to perceive themselves as victims and then to paralyze themselves as victims? In the late 1980s, when the Moral Majority was faltering, certain leaders of the Religious Right deliberately passed around the slogan that Christians were a “small persecuted minority,” victimized by the liberal elites—and did so just as other activist groups were giving up the rhetoric of the victim card.

Such tactics of the Religious Right are foolish, ineffectual, and downright anti-Christian.
Christians are as close to a majority community as any group in America; what their fellow Christians are facing today in China, North Korea, Burma, and Sudan is real persecution.
Psychologically, victim-playing is dangerous because it represents what Nietzsche called “the politics of the tarantula,” a base appeal to resentment. But worst of all, it is spiritually hypocritical, for nothing so contradicts their claim to represent “Christian values” as their refusal to follow the teaching and example of Jesus of Nazareth by playing the victim card and finding an excuse not to love their enemies. Shame, shame, shame on such people; and woe, woe, woe to such tactics.
Posted by Dave Harris at 5:06 AM