Let's get civil: The senseless blame game requires a mirror 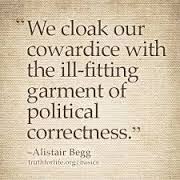 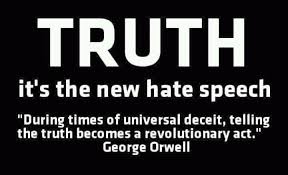 Who's to blame for culture wars? Religion? Secularism? Plenty of blame to go around (stay with this series: happily a remedy lurks)!  Os Guinness has much to ponder (see excerpt below). 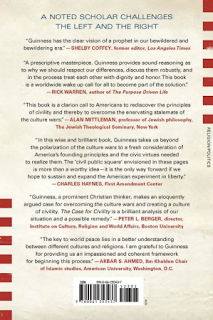 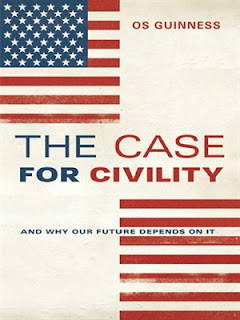 As one radical Muslim’s placard declared with a stunning lack of self-consciousness: “Behead those who say Islam is a violent religion.”
But before anyone drifts off into the well-rehearsed litany of blaming it all on religion, we should remember that modern “terror” began in France in 1789 in the name of secular Reason, killing several million in its wars and committing a near-genocide in the Vendée on its first outing. Nearer our own time, close to a hundred million people were slaughtered in the twentieth century by secularist regimes, led by secularist intellectuals, in the name of secularist ideologies—far more than the deaths from all the religious persecutions and repressions in Western history combined.
In the world’s most murderous century, about one hundred million human beings were killed in war, another hundred million under political repression, and yet another hundred million in ethnic and sectarian violence.
This is no moment for crowing by either side, or for cheap attacks and mindless finger-pointing by anyone. There is enough blame to go around to sober us all, and the urgent need is for solutions, not scapegoats. As Ambrose Bierce pronounced with bitter accuracy in The Devil’s Dictionary, “The defining feature of humanity is inhumanity.”
Sixty years ago, the English writer Hilaire Belloc predicted today’s dramatic resurgence of Islam, and also pointedly warned that Muslims would seek revenge for their last great humiliation in Europe—at the siege of Vienna in 1683; to be precise, on September 11, 1683.
First, and most important, Americans must face the fact that the challenge of living with our deepest—that is, our religiously grounded—differences is one of the world’s great issues today.
Yet to this point there has been more decrying the darkness than offering any light.
Second, all members of the world’s educated classes must face the fact that the perspective that has dominated Western thinking about religion for more than a century—namely, the secularization theory—is seriously flawed and damaging in its influence.
Claiming Europe’s experience as their pattern for the world, secularization theorists have argued that modernization necessarily entails the decline and disappearance of religion—so that the more modern a nation becomes, the less religious it also becomes. But if Europe was therefore the vanguard, the United States was recognized as the one possible exception. Because of its unique historical circumstances, it bucked the trend and was both the most modern country in the world and the most religious of modern countries.
The last thirty years have witnessed a much-needed revision of secularization theory. Today, following the Iranian revolution of 1979 and an explosion of varied evidence from around the world, it is widely recognized that secularization theory is empirically wrong, and that all too often it has been philosophically biased as well. The theory simply does not do justice to the realities of human experience in real life in today’s world.
On the one hand, there is the question of justice and freedom for those whom secularization theory has victimized.
On the other, there is the recognition of the irony that as the theory of secularization has weakened, the philosophy of secularism has grown stronger, or at least louder—the result being a secularist fundamentalism that matches the rise of religious fundamentalism and creates one of the two poles of today’s extremism in religion and public life.
The net effect of this intolerant secularism must be assessed with the same clear-eyed realism that we use to assess the menacing rise of fundamentalism and religious extremism. From the murderous coercions of communism, to the forced silences of French secularism, to the brazen intolerance of the new atheists, Europe and many of the educated classes in other parts of the world have developed a way of thinking that has excluded religion from public life more decisively than at any other time in human history. That this unprecedented attitude and its policies may be just as damaging to freedom as religious extremism must be considered.
Third, the global era is raising a brand-new issue for our time—the emergence of a global public square.
Fourth, as I said, Americans must face the embarrassing fact that just when the world is ready to notice the significance of the American way of being modern, many aspects of the American way are under severe stress and are hardly capable of being a model for anyone. [more to come - his conclusions are encouraging]
Posted by Dave Harris at 8:02 PM