Rule of law or law as club? Democracy or Republic? 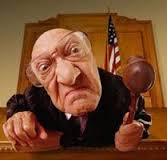 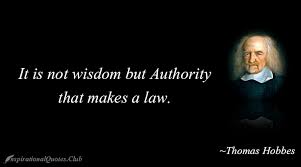 A good friend of mine gave up his successful career in law challenging and defending people in court. He then turned to his passion for conflict resolution.

Physicians leave the practice of medicine because of the high cost of malpractice insurance.

The owners of public swimming pools find themselves with no choice but to put up signs, "DO NOT BREATHE UNDER WATER."

More from The Case for Civility by Os Guinness:

It is time for Americans to reforge a civil public square, to wrest back the culture wars from the domineering pundits and activists who have become the warlords of American public life—and then to debate such important issues as the uniqueness of humanity, the character of life and death, the importance of truth, the relationship between virtue and freedom, and what the historian Gertrude Himmelfarb described as “the collapse of ethical principles and habits, the loss of respect for authorities and institutions, the breakdown of the family, the decline of civility, the vulgarization of high culture and the degradation of popular culture.”

Americans again have to choose whether they still value the res publica (“the public thing”), the covenanted partnership whose goal is a common vision for the common good, a goal that lifts their republic above a democracy. If Americans do choose the republic, they must attend to civility, which is a form of republican “second nature,” a cultivated “habit of the heart” that lifts citizens above the Hobbesian “state of nature” and the war of all against all. If they do not, America will become a bare democracy, counting heads, brokering interests, and declaring winners and losers in a long-running grand game of nickels and noses.

So the question is: Are “we the people” still dedicated to abiding by a covenant of constitutional relationships that requires duties as well as recognizing rights, that gives weight to truth, justice, and restraint as well as to power, and that sees civility as a necessary and vital companion to freedom and justice for all?

Law and the rule of law are fundamental to freedom, just as politics is to republican democracy. But when it comes to settling cultural issues, law is a cudgel rather than a scalpel. It is not the right instrument for solving all the issues raised in the culture wars. Worse, the habitual resort to unrestrained law is producing a litigious spirit that is spreading across American civility like a cancer. Worst of all, the constant resort to rights-based, ultimate judicial solutions rather than a twin reliance on political debate and a robust popular civility is devastating American common life.
Posted by Dave Harris at 4:53 AM