Civil contention: not weakness but strength 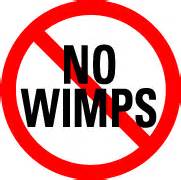 Some mistake civility with ducking controversy. Weakness. Nothing could be further from the truth. One can passionately contend (OK, fight) for the right, but with, as I proposed in the Army Corps of Engineers: cordial confrontation. Up front: a key statement from Os Guinness, followed by more excerpts from The Case for Civility. Stay tuned. Having finished the book, I will, in time, sum up his most worthy, salient points.

Properly understood and rightly ordered, diversity and particularity are not a matter of weakness, but strength. Playing safe through what is often a pale and diluted unity becomes self-defeating. Such milquetoast diffidence discourages individual passion, constricts real diversity, and blocks what is often the real secret of an individual’s or an organization’s success—the power of their faith in all its stubborn particularity.

Numerous possible errors confront Americans at this stage of the controversies over religious liberty. One is to be overconfident and therefore complacent about America’s capacity to handle diversity. Jefferson was right when he wrote to Jacob De La Motta that “religious freedom is the most effective anodyne against religious dissension” and that when it comes to religion the normal maxims of civil government are reversed: with religion, “divided we stand, united we fall.”

But this capacity needs to be guarded with care. George Orwell argued famously that Jefferson’s “Truth is great and shall prevail” is now more a prayer than an axiom, and the question has been raised today as to whether nations can reach the outer limits of diversity. So two things are critical: first, that all faiths really are experiencing religious liberty; and second, that the bonds of unity are strengthened as the boundaries of diversity are stretched.

Another potential error is to duck the problems of particularity in the public square by trying to deal with religion only through ecumenical and interfaith coalitions and organizations—as if that would be safer and less controversial than dealing with the prickly problems of particular faiths. In faith-based funding, for example, the temptation is to reduce faith to social work and look to interreligious coalitions rather than to organizations that have a clear and particular faith.

(When a reporter referred to her sisters as social workers, Mother Teresa replied: “We are not social workers. We do this for Jesus.”) Or again, ABC television switched from its pioneering religion correspondent, who was superbly professional in her objectivity but a person of faith, and made much of their announced reliance for their religious news on an organization that was “ecumenical.”

The nervousness about controversy is understandable, but the reluctance to think and act according to first principles is lamentable. Religious liberty is for particular faiths and particular individuals, not for generic religion. Better a controversial but genuine success in drug rehabilitation than a thousand inoffensive failures. Better a smart professionally objective reporter, be he or she Christian, Jewish, atheist, Muslim, or Mormon, than a hundred safe and dull news sources.

Properly understood and rightly ordered, diversity and particularity are not a matter of weakness, but strength. Playing safe through what is often a pale and diluted unity becomes self-defeating. Such milquetoast diffidence discourages individual passion, constricts real diversity, and blocks what is often the real secret of an individual’s or an organization’s success—the power of their faith in all its stubborn particularity.
Yet another potential error is for Americans to confuse civility with niceness, as if civility were a higher form of manners fit for a Victorian dinner or a Japanese tea ceremony. With some people, this error flows from a genuine misunderstanding; with others, it is a cover: they are leery of the hard work of respect-forged civility and frankly relish any excuse for a good old-fashioned shoot-out or no-holds-barred slugfest.

Genuine civility is more than decorous public manners, or squeamishness about differences, or a form of freshman sensitivity training. It is substantive before it is formal. It is not a rhetoric of niceness, or a psychology of adjustment, or a form of conflict prevention. It is a republican virtue that is a matter of principle and a habit of the heart. It is a style of public discourse shaped by respect for the humanity and dignity of individuals, as well as for truth and the common good—and also, in this case, by the American constitutional tradition. American republicanism, as George Weigel reminds us, is “a system that is built for tension.”

Far from stifling debate, civility helps to strengthen debate because of its respect for truth, yet all the while keeping debate constructive and within bounds because of its respect for the rights of other people and for the common good. Those who are worried about tough, robust civil debate forget what an achievement disagreement is, and how creative the contribution of tough, robust civil debate can be. An apt picture of this second approach to civility—setting up an agreed-upon framework within which differences can be settled robustly—is the ideal of sportsmanship that was the goal of the Queensberry rules in boxing.

When the Ninth Marquess of Queensberry lent his name to the Queensberry rules for boxing, boxing was more a drawn-out form of murder than a sport, with bare-knuckle fights that could last a hundred rounds, and boxers who sometimes fought to the death. The Romans, after all, tolerated gladiatorial games, but they banned boxing in A.D. 39 as too brutal. So what the Queensberry rules did was to put boxing inside a ring, within rules, and under a referee. But while boxers touch gloves at the start of the fight, and are disqualified for such things as punches below the belt during the fight, they still fight, and there are still winners and losers at the end.

In sum, boxing was civilized to a degree, and boxers were persuaded that the object was not simply to win, but to win by the rules. So too with political civility: it is forged within a covenanted framework, or charter, of the three Rs of religious liberty—rights, responsibilities, and respect. But civility is not for wimps; it is competitive. It is first and foremost a matter of political debate rather than an attempt at shortcutting through judicial decision. Important political differences have to be “fought out” in the public square, but the term fight is now only a metaphor, and winners have their responsibilities as well as losers their rights. In other words, political debates are won and lost, and policies and laws come and go, but all within the bounds of what is mutually agreed to be in the interests of the common good. The unthinkable alternative is the no-holds-barred war of all against all. A tough, robust, principled civility is absolutely vital to America, and to throw it away casually is as irresponsible as it is for Americans to wage war internationally without a sober respect for the consequences of action that is not properly legitimized. In both cases the result is a massive loss of credibility for which America will pay dearly in the long run.

In a celebrated argument between Sir Thomas More and his son-in-law Roper in Robert Bolt’s play A Man for All Seasons (1960), the younger man is as impatient with Sir Thomas’s willingness to give the Devil the benefit of law as many people are today about the place of civility. “What would he do?” More asks Roper. “Would he cut through the laws to get to the Devil?” When Roper answers that he would cut down every law in England to get after the Devil, More simply asks him what he would do when the forest of laws was flattened and there was no windbreak left. How could he stand upright then? Today’s proponents of a careless erosion of civility should ponder More’s point.